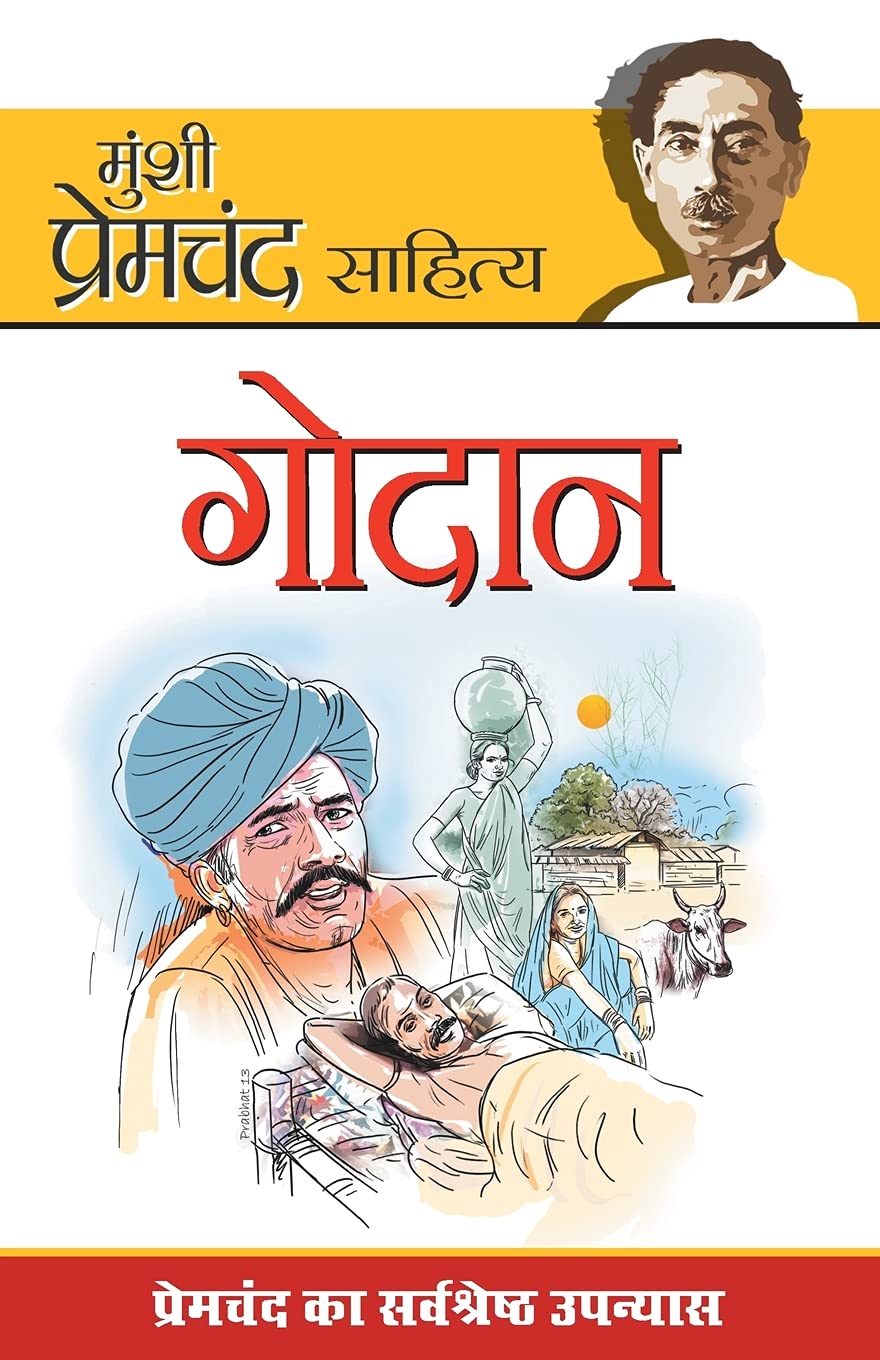 Munshi Premchand’s Godan is one of the greatest novels of Indian literature. It was originally written in Hindi and in 1957 it was translated to English.

The story reflects the typical Indian community and the various problems of caste segregation. It tells us the story of a poor peasant, Hori Mahato, who dreams of possessing a cow. Hori, though poor, is a dutiful and honest character. His sense of duty towards his family members keeps his dream unfulfilled. Hori happens to buy a cow on a debt of Rs 80. There occurs a fight between Hori’s wife and the wife of his younger brother and his brother’s wife ultimately poisons the cow. In order to clear his brother’s name Hori bribes the police from making further investigation. Again Hori has to pay a penalty to the village Panchayat for his son eloping with a widow. Money continually slips out of Hori’s hands and so does his dream.

This story reflects the subtle way in which the lower castes are exploited by the higher castes. Women also have to face hardships and the incidents occurring with Hori’s daughter-in-law and daughter show us the status of women. Despite all the depressing incidents happening around him, will Hori be able to fulfil his dream of having a cow and how far does he go to make his dream a reality is all that keeps readers guessing.

Premchand’s Godan still remains a touching novel in the field of Hindi literature. It was published by Diamond Books in 2012. It is available in paperback.

Key Features:
The book depicts a typical Indian society where various aspects come up with different incidents of the story. The story reflects a poignant tale of human nature.